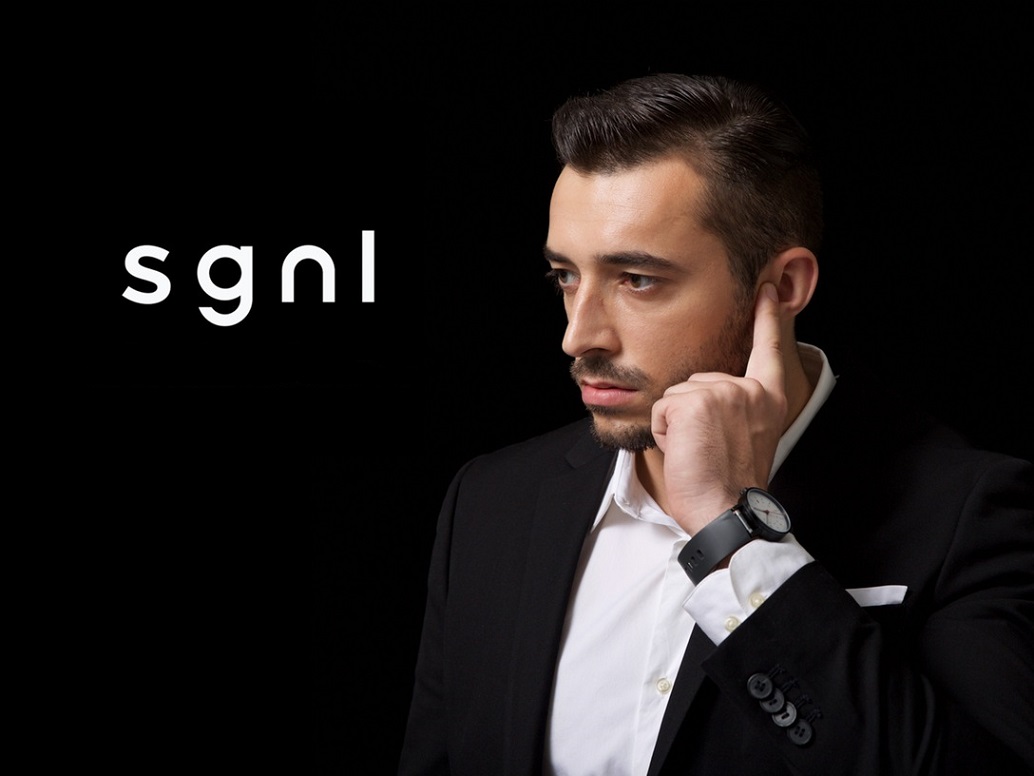 Are you interested to know what is sgnl wristband exactly?
A new wristband called Sgnl that has been created recently lets you turn your finger into a phone so that you won`t need your phone’s speaker anymore. To use this smart wristband, you just need to connect it to your phone via Bluetooth. When there is an incoming call, it sends a notification with vibration. Then user only needs to pressure wristband button and bring his finger to his ear. Sgnl converts received voice into mechanical waves, and you’ll be able to hear the voice by bringing your finger to your ear. You`ll hear the voice very clearly, even in busy places. Also user’s privacy will be preserved as no one else can hear the voice.

The most attractive part of this product is that there’s no speaker in this gadget; instead, sound comes through vibration that the wristband sends to your body and then to your fingers and finally, you’ll hear it when you touch your ear. Also there’s a microphone for sound transmission on the wristband. Actually, this isn’t a new product, but it can turn into an attractive alternative to Bluetooth headsets.

This product has been created by Innomdle Lab. It is a startup which once was part of Samsung, but works separately now. This is the first project of this company and it takes 50,000$ to develop this device as their Kickstarter(link) campaign shows. The project managed to raise more than $1,000,000 by now! The price of the product has been announced to be about $139.

Another interesting point of Sgnl wristband is that it can be used as a watch too. It means, you can set it up as an analog or digital watch. Although its design as a smartwatch isn’t that good and it’s heavier than a normal smartwatch, combination of two different gadgets in one seems to be an attractive idea which lets you benefit from both of them at the same time.

It seems that this product has great potential to succeed in the market. It can even enter the smartphones world in the future. But for now, it’s an attractive product which lets you answer your incoming calls without touching your phone. It might be strange as well as interesting to see a person in the street who puts his finger on his ear and starts talking with his wrist!