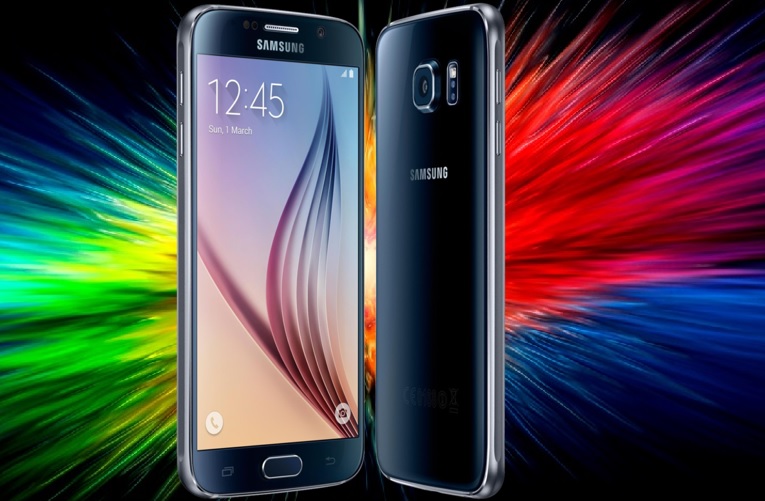 Hey all! As requested I am back with another 2017 review of the old devices which had the galaxy s6 today, absolutely game-changer for Samsung, I mean compared to the galaxy S5, this phone brought so much change in terms of the overall design language of sensing.

They’ve been full-on premium and there’s not much of it like a huge difference between the galaxy s7 and the galaxy s6. It’s premiumness and awesome quality is something that Samsung has adopted now which we have seen with Apple for a long time. Samsung really now focuses on quality and we will see even more better quality with the Galaxy s8 so I’m excited about that; but is it still worth buying in 2017? short answer is: Yes it is still worth buying in 2017! If we start off with the build quality like I said, it’s very similar to the galaxy 7, so you get premium gloss and aluminum combination, so it feels really good in hand, it feels really premium and also it was built as a flash of device so once a flagship, so it’s now cheaper of course and where I live, you can get the s6 in between like $300 to $450 depending what the condition and accessories and everything will be.

Like if you get a really good condition galaxy s6 with like all accessories, it may cost close to $400 but I mean the build quality for that price is absolutely worth it. If we quickly take a look at the display, this is actually a Quad HD display (in link), so Samsung introduced Quad HD to the Galaxy S line up first with the s6 and it was a jump from the resolution of the s5 and from 1080p, so it was a great upgrade and it is still a great display; I mean we don’t really see that many Quad HD phones on the market in $400 range.

So S6 is definitely providing that and in this super AMOLED, so you get great colors, the outdoor visibility is super great so I really enjoy Samsung displays overall. Screen size is 5.1 inches so in my opinion it’s absolutely perfect. I can use this phone without any problems, not too big, not too small. Also you can go with the s6 edge if you want that curve on the side so that’s also an option. This is like the full flat screen brand. Under the hood, we have Exynos 7 Octa (7420) which is still a beast and performance wise is super fast. I’m not lying it, I’ve done some speed tests and it still holds up pretty well and they decided to put this chipset inside of the galaxy 8 2016, and that phone also is as fast as some of the top devices.

It is of course not as good as the Samsung’s latest processor or Snapdragon 821 and comes through benchmarks but real light performance wise, you’re not going to be noticing that as far as my Z decade experience goes; I can definitely assure you that. Software came with a change. I mean not a huge change compared to the s5 but they did made everything more fluid and smooth and that’s something that helps this phone a lot in long term like even to this day not slow or by any means.

The galaxy s6 is actually one of the first phone in line to receive the latest Android 7.0 Nougat, so currently obviously it’s running on android 6.0.1 marshmallow but it is in line to receive an or 7.0 Nougat. There’s like a galaxy of 6 plus bench bar with Nougat like a month ago so this Note 5 and the s7 and the s7 edge will be the first devices to receive Android 7.0. The s6 edge also will receive at around this time.

If you had the galaxy s6, you don’t have to worry about the update, it’s coming really soon and after that of course you’re going to get all the good looking changes to the UI and better battery life. So with Android 7.0 Nougat lots of great stuff is coming. Let’s taking a look at the camera. We have a 16 megapixel camera on the back and 5MP camera on the front, so this camera can shoot 4K videos and it was pretty much the best camera of 2015 and it is still holding up pretty well in 2017.

You can get great quality pictures out of this camera that does a really good job in both outdoor condition and as well as indoor and low-light condition wise. Also 4k footage looks super good and a really good dynamic range and the focus is fast. I absolutely love the camera performance of the s6 and definitely it offers a lot of modes as well like, pro mode and everything.

With the Android 7.0 Nougat, you’re going to get a good update to the camera UI as well. They’re going to add some bit of more features and it will be more easier and the UI overall become more easier (Just like we have seen with the note 7). Good stuff is coming to the stone and something is definitely providing the updates and not like forgetting about this phone, I mean camera is great, the front camera is also great and you can take wide selfies.

When we talk about the battery this is where I think that this phone comes short because the battery life is not that great but apart from that, all wrong it is a great phone and it’s still got it I mean it’s still one of the best purchase you can make if you are getting like a galaxy of 6; it’s super good in super good condition with all accessories and you can give this one a try. Also it offers fast charging again. There is no microSD card slot which can be a bit of a disappointment but it does come with around like 24GB of internal memory so if you’re not going to install like that many high-end games, then you can actually have a good experience. But again you can’t install that many games because that will fill up all the stores so in short this is a great phone galaxy S6 and still I recommend this phone. You can also save money for Samsung Galaxy s8 if you really want the best and the next level stuff. The S8 won’t be having the home button, the display will be like almost bezel is so that phone is going to be like a futuristic phone and as far as the rumor goes, the s8 will get announcement in the month of April.

That’s all what I have to say about the galaxy s6 in 2017 that was my full review and let me know what other devices you want me to review and talk about and see you guys in the next review! )