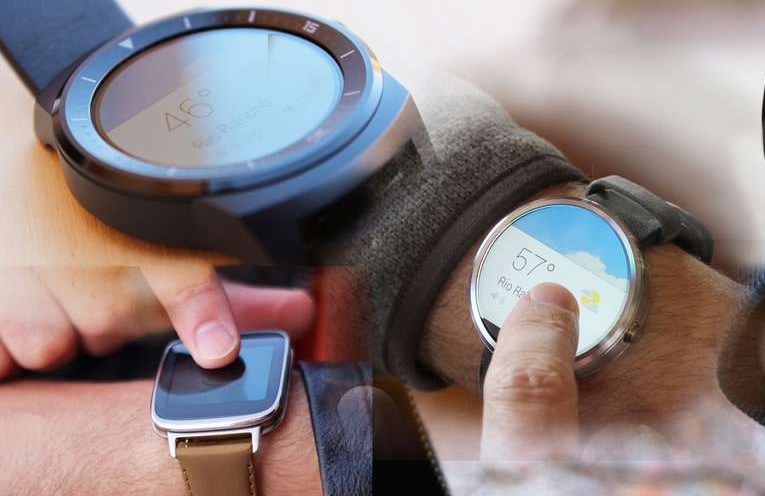 A smartwatch can help you stay close to your digital life. How to Buy Smartwatch? is the first question which comes to our mind when we’re looking for a quality smartwatch. In the next couple of paragraphs in addition to answering above question in details, you’ll find what factors are determinative in buying a smartwatch.

Maybe, you are thinking of buying a smartphone which will let you check notifications, read incoming messages or see time on a nice watch. In addition to all advanced features that make these watches smart, their main task is showing time, so their appearance should be attractive, their user interface should be user-friendly and their display needs to be of good quality. Continue reading to find out how to choose a suitable smartwatch and what factors are determinative in buying a smartwatch.

Many smartwatches with different OS, design and features have come to the market during the recent years. To be able to choose the best one, you need to know what factors play an important role in smartwatches world; for example, what OS they have, what type of apps can run on them and in general, what tasks can be done by a smartwatch.

Samsung, LG, Huawei and Pebble were the first companies to create smartwatches and now there’re several generations of these smartwatches in the market. New smartwatches from different brands come out every year and it has become more difficult to make choice among all those gadgets. So I’m going to help you and share factors you need to pay attention to when buying a smartwatch.

How to Buy Smartwatch? 7 Questions You Need to Answer What Exactly Do Smart Watches Do?

Smartwatches do not only display time, they’re actually a supplement for your smartphone that shows notifications, alarms and some of the apps installed on your smartphone. Some of them are also able to monitor your health. Most of smartwatches need to be connected to your smartphone for accomplishing its tasks and most of the time it’s connected via Bluetooth, but sometimes Wi-Fi is also used for connection. There’re also a few models which support a SIM card and can work as an independent gadget.

Devices called smart have software platform which is an interface between user and hardware. The thing that you need to consider when buying a smartphone is paying attention to smartwatch’s OS which will be connected to your smartphone. For example, if you have an iPhone, you should forget about Android Wear smartwatches. Of course, Android Wear has recently started to support iOS, but we can’t expect high performance when these two platforms are connected together. On the other hand, if you have an Android phone, that’s not logical to buy Apple Watch and actually, it’s a wrong decision to make. Anyway, there’re smartwatches available on the market which are able to work with both platforms (Android, iOS) like Pebble smartwatches.

Most current smartwatches are equipped to one of these four operating systems: Android Wear, Tizen, Pebble OS or Watch OS; and these operating systems are the most common platforms used in smartwatches. When Samsung became famous with Android, they decided to leave Google platform and equip their devices with an independent platform. Tizen was the name of a new operating system which this Korean company has decided to go with and now Samsung released its smartwatches with this OS, although Tizen is not yet complete.

On the other hand, we have Pebble which like Samsung wants to work independently and that’s why they have decided to create its own operating system for its smartwatches. Pebble OS is the name of an operating system which is designed and created by Pebble and uses open source Kernel, but Pebble does not let other companies to use or develop this platform. Next, we’ll cover the two main operating systems of smartwatches which seem to continue the war between iOS and Android, but in smartwatches world this time.

It’s also good to know that Microsoft smartwatches have Windows OS, but they are compatible with both iOS and Android. This can be definitely considered as a smart decision of Microsoft which can get attention of not only Windows Phone users, but users of Android and iOS, too.

Google has developed a platform for smartwatches based on Android and released it for other companies. This OS has very nice appearance and interface and supports material design. Till now such companies as LG, Huawei and Motorola equipped their smartwatches to this operating system. Android Wear supports only devices with Android 4.3 or higher and it also interacts with Google Now personal assistant service. This operating system has attracted many developers and we expect many functional and necessary apps based on Android Wear in near future.

It’s not a surprise to see that Apple has designed and developed an operating system for its smartwatches which only works with iPhone. Watch OS runs only on Apple Watch. Although it was released not long ago, it now supports more than 3500 applications. Like interaction between Android Wear and Google Now, Siri plays an important role in Apple Watch and many tasks can be done with voice commands. Apps are displayed as small circles on the main page and the menu of Watch OS and they can be run by a simple tap.

Watch OS is equipped to a new feature called Glance which quickly receives and shows notifications like widgets in smartphones. One of the main tasks of smartwatches is displaying time which should be done even under direct sunlight, so smartwatches with appropriate resolution and powerful display can display content even in the worst conditions. Different technologies are used in creating smartwatches and I’m going to briefly explain each one of them:

These displays do not require background light and in fact, each pixel turns on or off independently.  That is why contrast of these displays is very high and black color looks deeper on them. Although it may be a bit difficult to see content on these displays in direct sunlight, they’re still one of the best choices in terms of display. OLED displays can be one, multi or full-color, but AMOLED displays are always full-color.

Smartwatches with LCD displays are generally cheaper, but if you get a high quality one, it can be both readable and affordable.

This is the cheapest model of displays. Their consumption is very low and they need environment light to be readable, so their content isn’t readable in dark environment.

There’re other features such as waterproof or reinforced glass-fiber that you should consider while buying a smartwatch too. Also, you need to pay attention to user interface of smartwatches; some smartwatches have touch interface and you can use them like your smartphone while some others interact with OS only via physical buttons. Touchscreen and color displays (which we’ve seen in Apple Watches, for example) apply to this category. Like in smartphones, these displays show apps and pictures and let you tap on displaying content. Power consumption is a bit higher in this type of displays and generally they reduce battery life to 1 or 2 days.

Also, due to high battery consumption of these displays, they are not always on, so you need to move your smartwatch a little to see the time. Smartwatches` being a fashionable accessory has brought many fashion designers to the industry of smartwatches. Of course, design of all smart gadgets is important, but it’s more important for smartwatches because users are going to wear them every day.

Smartwatches are wearable devices and that’s why their design is so important. And it has become more difficult for manufacturers to design smartwatches which can both satisfy different tastes and sell well. Also, people have different tastes in shapes, materials, design, color, etc. Smartwatches with circular and rectangular displays are more common these days. One of the main factors in buying a smartwatch is battery life. Apple Watch or Moto 360 couldn’t increase their battery life a lot during the last years and they need to be charged every one or two days. Smartwatches from Pebble can keep charge for up to 5 days because they benefit of displays with E-Ink technology. If you’re interested in smartwatches with E-Ink display, you still have other choices and you can choose the best one according to their battery life.

Some special features have been embedded into some smartwatches what made them more valuable. These features include:

Monitor Health Status: If you want to carefully monitor your health status, look for smartwatches with Pedometer, Accelerometer and Heart Rate Sensor. This sensor saves your health information such as calories you consume and heart beat during the day and gives you a health report at the end of the day.

Voice Command Ability: Most smartwatches with microphone support voice commands too. Thanks to this feature you can run apps, read and answer incoming emails and messages with the help of voice commands.

Playing Music: Some smartwatches are able to save music and audio files while others are able to control music players of smartphones by connecting to them.

GPS: Smartphones equipped to GPS in addition to routing, help you monitor calories burnt during activities such as riding a bike or walking.

Price of smartwatches released last year is reasonable now and you can buy an appropriate smartwatch with the cost of a mid-range smartphone. That’s no surprise to see that Apple Watch is the most expensive smartwatch. Its price starts at about $350 and goes up to $17000 while its closest Android Wear competitor Moto 360 is only $179.

Answering all 7 questions below will help you choose the best smartwatch:

I’ve tried to explain all important factors you need to pay attention to when buying a smartwatch. Answering the questions above helps you find out what type of smartwatch is suitable for you. As I’ve mentioned before, there’re smartwatches available with different designs, platforms, displays and battery life in the market and picking up the best one depends on your taste, especially if its design is important for you. But personally I can recommend you Apple Watch as a quality smartwatch which covers all your needs perfectly.

>> You can read deep review of Apple Watch, one of the best smartwatches in the market here <<

However, if you don’t want to charge your smartwatch every day or two, the best choice will be the one with an E-Ink display. If software diversity is more important for you, it’s better to choose between smartwatches with Google Android Wear or Apple Watch OS platforms. You can also take a look at the best smartwatches in the market which let you pick up the most suitable one for yourself.

Hope you can find the best smartwatch for yourself after reading this buying guide and if you have any questions or think that there’re more factors which are significant in buying a smartwatch, feel free to ask or share them in comments below.