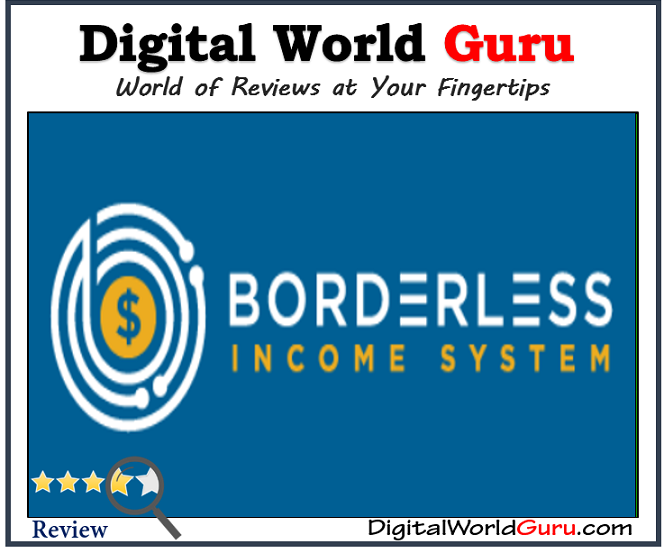 Is The Borderless Income System Scam?

In this Borderless Income System Review I’ll be going over the system and telling you if its legit or a scam! What Is The Borderless Income System?

The Borderless Income System is a 21 step program that costs $49, and teaches you the basics of affiliate marketing. Affiliate marketing is a business model where affiliates earn commissions for generating sales to other people’s products.

The cool thing about this business model is that it’s simple, yet potentially very profitable. And you can promote pretty much anything you want as an affiliate, there are literally 100’s of millions of products online to choose from.

However, this particular system is more like a ‘business in a box’ than a training platform that shows you how to promote anything. As in, this system is mostly about showing you how to promote the same system. And promoting this particular system involves much higher costs. At least, if you want to make the $1,250, $5,000, $10,000 and $20,000 commissions mentioned in the sales video.

The 21 step training program itself, has actually been around for years under different brands. There are many versions of this same program coming out all the time. Why are there different versions? Because this way, the same program can be successfully marketed to many different audiences. Which is smart from a marketing perspective, but it tends to confuse people about what they are actually buying.

In any case, Borderless Income System is simply a re-branded version of an existing 21 step program, featuring Ewen Chia. The 21 steps involved in Chia’s Borderless Income System are just steps to purchase higher priced MOBE offers. The way MOBE works is you don’t qualify for commissions on a product unless you’ve first purchased it yourself.

There are actually a lot of MOBE affiliates using a similar ploy, but unfortunately they’re not as transparent and upfront about what they’re actually selling as Ewen Chia is. Other affiliates pretend they’ve got some awesome business opportunity, but won’t actually tell you anything about it until you pay close to 100 bucks to join. It’s a bit like people trying to lure you along to an Amway meeting, but they tell you it’s not Amway. When you get there you discover it is actually Amway. It’s very deceptive.

Seriously though, if you were to take all 21 steps in the MOBE platform, you would be out about $100k. It’s f**king expensive. Sure, you can potentially earn some mega commissions, but you need a huge bankroll to even put yourself in a position to do so.

Exactly.  Ewen didn’t want you to know it was MOBE, that’s why he hid this very fact. Why does he have to hide such a fact?  Because you wouldn’t join otherwise if you already know what MOBE is.

This MOBE is a very expensive MLM program to join because before you can promote any of their high ticket products that make you thousands in commissions, you actually have to buy them first so your sponsors (people who brought you into MOBE) can make their commissions first before you can make a single penny.

Are you ready to see the real cost of this program?

These packages run you in the thousands, just check it out:

It’s A Sales Page For MOBE

My Online Business Empire or MOBE, is the real system that Chia is trying to get you to sign up for. I want to be clear in saying that Borderline Income System isn’t even really a training system. It’s just a catchy name that Chia is using as a disguise to make money from you signing up for MOBE.

MOBE is a very controversial online marketing program that many people have wasted a ton of money on. Conclusion on Borderless Income System – Is it Scam?

The Borderless Income System is pretty much a scam. I mean after all… this system doesn’t even exists and is nothing more than a funnel that is set up to get you to buy into MOBE. And I wouldn’t recommend MOBE. It is extremely expensive and suckers people in without knowing how much they will need to spend.

MOBE is just a big circle. Someone gets you to buy in and then you go out and get others to buy in. While you can make money doing this, and some people make a heck of a lot, the main reason I don’t recommend it is because of the price.

This Program Helped Me to Make a Living Online & Quit My 9–5 Job and If I did it, You Can Too. So Do Not Waste Your Time Anymore & Join Me Now!