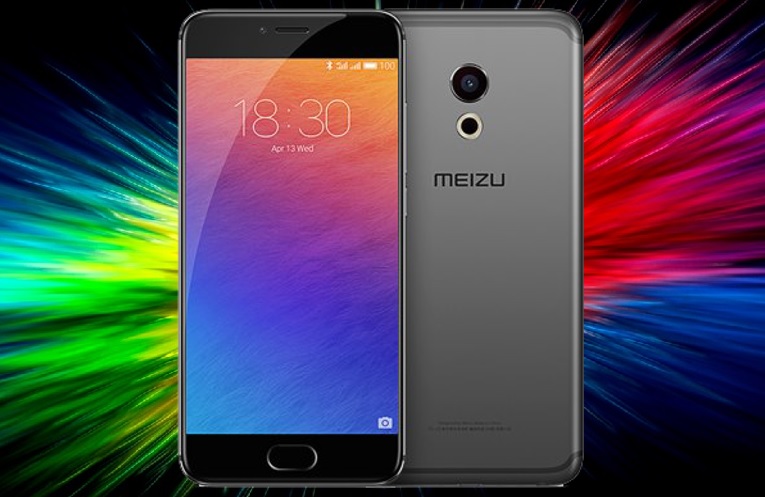 When you’re looking for a budget phone, more research is necessary compared to high-end and flagship smartphones because nowadays, there’s a great variety of budget smartphones in the market. In this post, I wrote Meizu MX6 review which is considered as a budget phone with its $265 price. Stay with me.

Meizu phones aren’t as popular as well-known smartphones like Samsung, Huawei, Sony, etc., but does it mean that it’s not a good phone? Of course, not! Like other phones produced by Meizu, MX6`s body is fully made of metal and its specific design shows that it`s been made by Meizu. If you want to buy a Meizu phone or you’re looking for more information about this device, don’t miss this review of Meizu MX6. If you’ve seen Meizu smartphones before, it’s easy to find out that this phone belongs to Meizu even at first glance. MX6 has a 5.5-inch display which takes about 70% of the device’s front panel, so the borders of the display are large. Home button is placed on the bottom of the display and like other Meizu smartphones, acts as a fingerprint sensor and back button too. You’ll see the internal speaker, secondary camera and light sensor on top of the display.

The SIM-card slot placed on the left while on the right there are power and volume buttons. Also Type-C port, speaker and 3.5 mm headphone jack are embedded on the bottom of the device and finally, the secondary microphone can be seen on top of the device. The back panel is totally made of metal and there’re two plastic tapes to avoid disruption in antenna signal. Design of these tapes are very similar to plastic tapes` design of iPhone 7 Plus back panel. The back panel covers the display edges, so there’s no separating frame. The main camera and dual-flash are the last things that we can see on the back panel.

As I’ve mentioned above, the back panel is totally made of aluminum metal. The type of metal used in this phone is different from the one on smartphones like iPhone, Nexus 6P or HTC 10. It seems that resistance of this metal is less than resistance of the metal that has been used in these phones, that’s why this phone is cheaper. In total, MX6 feels good and comfortable in your hand. The size and weight are balanced in MX6. However, because of its specific metal type, it’s less anti-slip than other metal phones in the market.

Meizu MX6 is equipped to a 5.5-inch TDDI LCD display. Colors look saturated but this saturation doesn’t affect their quality. The viewing angle of the display is good in its kind, but is not among the best. 403 ppi pixel density displays everything clear but when you watch a video with Full HD quality, motions don’t look high quality.

One of the positive points of the display is its high brightness which is 457 nits and helps you see displayed content while using the phone in light environment and under direct sunlight without any problem. Finally, to be honest, MX6`s display isn’t the best but it’s definitely one of the best in its kind and ideal for a phone in this price range. Everything is displayed clearly on the screen and although it’s not an AMOLED display, its black color depth is very good. CPU has been made by MediaTek and is deca-core with 2×2.3GHz, 4×1.9GHz and 4×1.4GHz. It also comes with 4 GB RAM and with a lot of apps running on the background, the amount of RAM free space will be decreased to 1.5GB. And when there are no open apps, you’ll have 2.3GB free in RAM. CPU and RAM compatibility are excellent what makes you able to play high-end games and run heavy apps smoothly. As always, I’ve tested it by playing Asphalt 8 (which is considered as a high-end game) and I could play it with the best quality and without any problem, lag or delay. The last thing that I want to mention about hardware is that Meizu has equipped MX6 with 32GB internal memory 8GB of which are dedicated to system files from the beginning, so you only have access to 24GB free storage space.

Android 6.0 is installed on this phone by default and it’s decorated with Flyme user interface. This UI is something that I really like and it managed to attract other users too. Although there’s no App Drawer, everything is well-organized over there which lets you easily find and run any app. It’s very easy to move and switch between different sections of UI from notification bar to recent apps. It’s a bit difficult to install Google apps, but if you get familiar with Flyme UI, it`s full of various features that can cover all your needs. One of the most interesting and functional features of this user interface is Gesture Wakeup. When this feature is activated, you’ll be able to unlock the phone and access different apps by moving your fingers. For example, the display screen will turn on, or some defined apps will run after you draw C or M letters.

There’s no defined button to access recent applications. To go to this section, you need to swipe your finger from bottom to the top of the display. The design of this section is lovely and displays apps floating and beautifully. To close each app separately, you should swipe each one to the left or right, but there’s also an option on top of the page which lets you close all apps at once.

Flybe UI`s messenger is another thing which has caught my attention. After opening this messenger, two tabs will open: the first tab displays personal messages and the second one shows other messages. With this tip, you won’t lose any important messages and your personal messages won’t be lost among all those ads. Using this smartphone will never become monotonous to you since there’s an app called Theme which provides a huge number of free themes and lets you give the UI a fresh look every now and then. In my opinion, Flyme is a beautiful UI which provides a variety of useful features that make it more functional. Icons and menus are carefully designed and make it stand out among other phones in the market.

The 12MP sensor camera of Meizu MX6 is made by Sony. It comes with f/2.0 aperture as well as a dual flash.

By tapping on the camera icon, you’ll be directed to settings of the camera. On the top right side of Settings, you can activate HDR, but unfortunately, there’s no option for automatic mode. You also see an option called MFLL which if activated, automatically reduces noise in images taken at night or in dark environment.

Level Gauge is another available option here and if it’s activated, a floating green color will appear on shutter button and help user determine if the picture frame is balanced or not. Settings menu is very simple and doesn’t include many options. To change photography mode, you need to go to Mode section which is accessible by tapping on an icon in the bottom right part of the camera menu. Among other options available in this section we can see Automatic mode, Video, Panorama and GIF. As you see, to record a video, you have to go to Mode section and this’s a huge drawback for the camera menu.

Performance of this 12-MP camera is average and there’s noise in images no matter if they were taken during the day or at night, although the noise is less when you take photos during the day. Details don’t appear clearly in taken pictures and the camera acts weakly in this situation. Moreover, it doesn’t focus properly at night or in the dark. Unfortunately, you can’t rely on automatic focus at all and you need to try several times to be able to focus manually.

But let’s talk about positive side of the camera – it has good dynamic range and colors look natural and real. Other good news is appropriate shutter speed at night what helps you take clear photos. 5-MP secondary camera has a simple menu; however, unlike the menu of the main camera, it includes some good features. One of these features is called Time Mark which stamps date and time on your photos if activated. In addition, you’ll be able to edit photos taken by the secondary camera in Gallery. In total, I was satisfied with performance of the secondary camera and I rate it as above average.

Meizu decided to equip MX6 to a 3060mAh battery which looks enough for a phone with a 5.5-inch display. I’ve tested it and its charge was enough for a full day. My test included 2 hours on social networks, taking 10 photos, playing for 30 minutes and finally, 15 minutes of phone conversation.

Also, I’ve taken some separate tests and results are shown below: Should You Buy it?

Metal body, quality display and powerful battery are things which turn MX6 into a serious competitor, but I have nothing to say about its camera – it just can’t compete with other quality budget phones like Galaxy C5, Galaxy J7, Xperia XA Ultra and Honor 7. In general, MX6 offers value, in my opinion, and you’ll get good software and hardware features compared to what you pay for, so if you’re looking for a phone in $250 price range, I recommend you to put Mezie MX6 on the list.