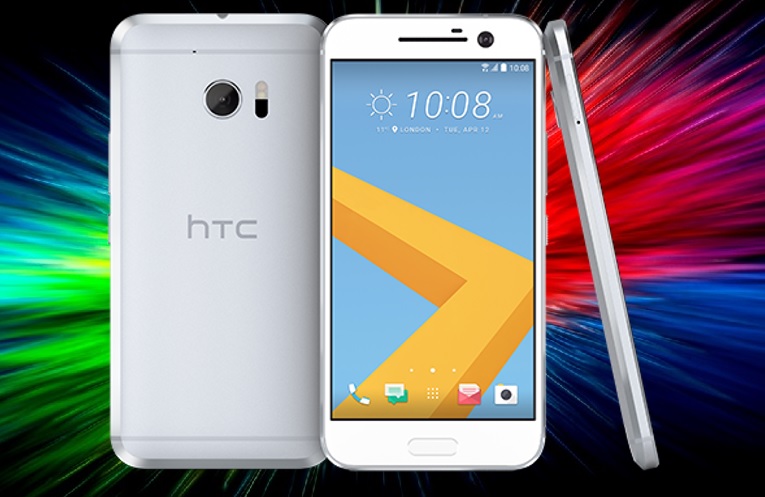 This is review of HTC 10 and like two years ago, when HTC got attention with M8, now, HTC has returned to the market to show its power and abilities with a new smartphone. But how is HTC 10? It’s quite hard for HTC 10 to attract buyers because the expectation of HTC fans is too high. In this review, we’re going to take a deep look at HTC 10 to see if this powerful company can satisfy users` needs with its new product or not.

HTC didn`t manage to attract enough attention with a different HTC M9, however, this year, HTC wants to do things right and repeat the success of M8. Let’s review HTC 10 and see whether this company has chosen the right way.

These days there is no difference between smartphones in terms of design. HTC managed to attract buyers by introducing M8. The design of M8 was unique and that’s why HTC decided to repeat that design in the next two generations, till now when HTC 10 came out. We have good and bad news for you. The good news is that HTC 10 is an attractive smartphone; however, the bad news is that it has a repetitive design and is very similar to A9 and M9. Actually, it`s a combination of M9 and A9. Laminated glass screen takes the most of the front space of the phone. The physical button placed on the bottom plays the role of fingerprint sensor. Although it looks like a physical fingerprint sensor, you’re not able to press it and it responses only to touching. Two touch buttons are embedded on both sides of this sensor: one is for Go Back and the other – for opening recently used apps. These two buttons show that the design of HTC 10 was inspired by its previous generations.

The back panel (which is very similar to M9) has curved design which lets it lie comfortably in your hand. Total body is made of metal and includes the main camera, dual flash and laser focus. It has lines all around the back panel what adds up to its beauty as well as make it look different from the previous generation.

Power, volume buttons and SIM card slot are placed on the right side of the device. It must be said that the location of power button is perfect and its position under volume buttons helps you find it easily. And finally, MicroSD card is the only slot that you’ll see on the left side of HTC 10. The speaker, main microphone and connection port (Type-C) are embedded on the bottom of the phone. The positive point here is that HTC 10 comes with a cable which has USB Type-C on the one side and normal USB on the other side, so you won’t need to pay more to get a USB Type-C converter port. 3.5 mm headphone jack is placed on the top part of the phone which is made of plastic.

In total, HTC 10 that removed word One from HTC flagships, is a comfortable and beautiful phone. Actually, we could call its design perfect if it was two years ago, but the fact is that its design isn’t new and extraordinary for 2016. Although it has a repetitive design and couldn’t get our 100% satisfaction, but to be fair, it feels good. If we describe it in one sentence we should say its front is similar to A9 and its back is like M9.

HTC finally decided to equip its flagship to QHD display from the beginning without releasing a separate Plus model. This 5.2-inch display has used Super LCD 5. There’s no air gap between the outer glass and the display elements in Super LCD 5 displays, so the image looks closer. In addition, Super LCD displays are cheaper than AMOLED displays and when the screen displays white color (while you’re surfing web pages for example), its power consumption is lower.

As we’ve expected from HTC, display quality is very good and it displays QHD content very well, colors look natural too. The only drawback of this display is its low brightness, but its performance under sunlight is appropriate and will make you pleased. 3000mAh battery has been considered for HTC 10. We’ve seen battery with this capacity in phones like Note 5 before. It takes about 2 hours for 3000mAh HTC 10 battery to charge completely from 0 to 100%; it’s a long time and doesn’t look logical for a battery which charges using USB Type-C port.

Although battery charge is appropriate, we’ve expected more from a battery with 3000mAh capacity. Battery drained from 30% to 23% when we played Asphalt 8 for 16 minutes. Also, with a normal use like downloading a game with 1.5GB size from Google Play with the screen off, 15 minutes phone call, 20 minutes of web surfing, 30 minutes of playing games, taking 10 photos and using social networks for another 20 minutes, it came up with only 5% battery charge at the end of the day and we had to charge it again.

Camera: As Powerful As a Flagship in 2016

The camera is embedded on the back panel of the device; there’s a little camera bump which adds up to the thickness of the phone. Dual-flash embedded beside this camera helps you take quality photos even in low light environment. In addition, laser focus is there on the bottom of this flash which is beneficial for photography in dark environment.

Camera is 12MP and its lens is protected by sapphire glass, however, its features are not limited to these. The camera includes 12 million UltraPixels f/1.8 aperture. The camera lens consists of 6 parts and it’s equipped to OIS. The secondary camera is equipped to the second generation of HTC laser focus and all numbers and information shows that HTC 10 has many abilities in photography in low light environment; according to HTC claims, the new lens gets 136% more light compared to the previous generation.

Well, all we`ve said above sounds exciting until it’s tested in the real world. We’ve tested camera performance in real conditions and will tell you how those great features actually act. The camera runs very fast and is ready to work in just 1.28 second. User interface has become similar to pure Android; everything is in the right place and is easily accessible.

The camera menu is hidden under two lines sign. You’ll have access to features like Zoe camera, Panorama, etc. in the menu. 5MP secondary camera will be activated if you tap two arrows on the left side of the user interface. If you’re a HTC fan, you’ll be happy to hear that HTC 10 is the first smartphone in the world which secondary camera is equipped to OIS feature. Quality of the photos taken by the main camera is excellent and it’s actually what we’ve expected from a 2016 flagship. Details are shown very well in taken images and there is no noise in photos taken during daytime. If you zoom on the taken picture, quality won’t reduce much.

The device’s CPU is made by Qualcomm and consists of 4 cores: 2 cores with 2.15GHz frequency and 2 cores with 1.6GHz frequency. Internal memory comes in two versions: 32GB and 64GB. We’ve tested 32GB version which has 23.96GB free space of total 32GB capacity. Also, it supports up to 200GB external memory card, so you don’t need to worry about storage capacity at all.

HTC 10 has 4GB RAM and according to our previous experience of HTC user interface, we know that it only occupies a small part of RAM and this amount of RAM is enough for this phone. Our expectations proved right when we tested it personally and saw that if many apps are opened and run on the background, there will be still 1.5GB or 2GB free RAM which can be used for other apps and tasks. So feel free to do multitasking and open as many apps as you like on this phone, it will handle them perfectly! But how it runs heavy tasks? It acts well in running heavy tasks too. For example, we didn’t have any problem in running Asphalt 8 (which is considered as a heavy game) on this phone, but it couldn’t run FIFA 2016 very well and frames didn’t run smoothly.

Lock screen of the device is practical and in addition to displaying notifications, it has 4 shortcuts which give access to it as easy as possible. Notifications panel is the same as what we’ve seen in Android 6.0, but of course, it includes more practical options. The main page is the same as in the previous generations. We still like BlinkFeed and it must be said that it’s still one of the best options to read breaking news and top stories. Ability to use different themes is another great advantage of this UI which gives an opportunity to make it look different.

Boost+ is a new feature which has been added to Sense UI and acts like Phone Manager in Huawei phones or Smart Manager in Samsung phones. It lets you optimize RAM and clean your device from junk files or protect your applications by locking them. But the most interesting ability of this feature is called Game Battery Booster. With the help of this feature you can set a control for games installed on your device and then when you run that game, the quality of the display will be changed to Full-HD mode and use less battery power.

Speaker: Why has a success been stopped?!

HTC has improved its speakers and used Boom Sound speakers in its flagships what impressed users with their high quality during the recent years. However, the company has changed its policy and didn’t use dual speakers in the front of the phone. But Boom Sound technology hasn’t been forgotten. One speaker is embedded on the bottom of the device and plays bass sounds and as we’ve mentioned before, the internal speaker acts as an independent speaker too and plays treble sounds.

Although it looks like there’s improvement in speakers’ technology, we liked the speakers embedded on the front more. When we compared the speakers of HTC 10 with Nexus 6P, the second one was better in our opinion. Regardless of its location, it must be said that its performance is excellent. To detect each finger you need to put it 16 times on it. After that, you won’t need to press any button to unlock the phone and when you put your detected finger on this sensor, it will recognize and unlock the phone in less than 1 second (normally 50 milliseconds).

Before testing HTC 10 we thought that it was going to be the best smartphone in the market, but the fact is that our opinion has changed some when we’ve used it. HTC 10 is a high quality smartphone with various features, but it can`t encourage you to switch from your M9. But if you`ve become interested in HTC smartphones recently and want to have the best one made by this company, HTC 10 is the only option which can perfectly cover your needs.

Finally, if you’re looking for a very powerful Android phone which can handle all your daily tasks, HTC 10 will be definitely a good option. However, it’s not the only choice and has some serious competitors like iPhone 6S, Huawei P9, Xperia Z5 and Galaxy S7 that can exceed your expectations.

What do you think about HTC smartphones? Do you think HTC 10`s performance can satisfy its fans or we should wait for the next generation? Feel free to share your opinion in comments below.