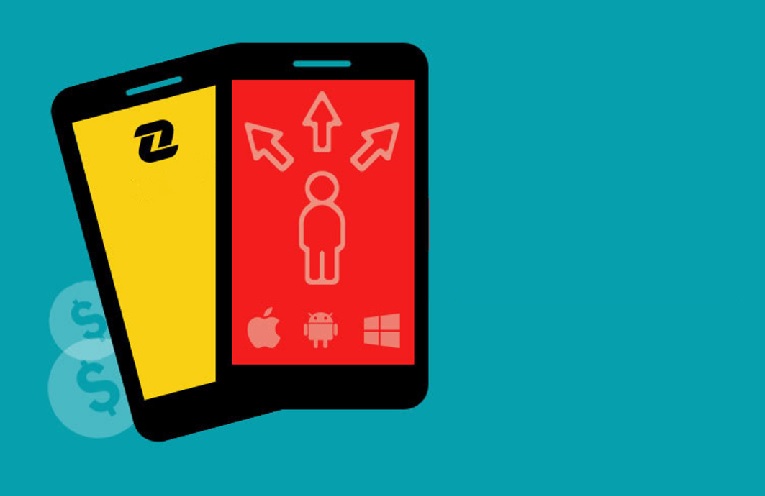 Top Android phones do not need to be introduced because they’re well-known among people. However, when it comes to choosing the best of the best, we need a source with deeper insight on each one of those top smartphones to help us make a decision. In this post, I’m going to list top 10 Android phones of 2016 and explain why they’re on the top in detail. Continue reading.

Generally, flagship smartphones are equipped to the latest technologies and normally, they’re more expensive than other models. You need to know your needs, budget and expectations as well as determine which factors are more important for you and then you’ll be able to choose the best smartphone from the best. Actually, there’s high competition between flagship smartphones; each one has specific advantages and tries to keep them.

Many last year flagships have been moved to mid-range smartphones list by the new generation which came to the market, so don`t be surprised to see their price – you can buy a last year flagship with a cheaper price this year, when it has become mid-range. However, if you want to make sure that you’ve chosen the best one, flagships are still my first recommendation.

Here you`ll find some important notes that you need to pay attention to while choosing the best Android phone:

The following smartphones are not sorted based on quality; they are performed randomly without any specific order, so you can choose any one that perfectly covers your needs and suits you the most. Other Features: waterproof up to 1 meters for 30 minutes, fingerprint sensor, Always-on Display

Important competitors to Apple iPhones came to the market during the recent years and the 7th generation of Samsung S series represents absolutely the best smartphones that have ever been made by Samsung.

Powerful CPU, 4GB RAM, an eye-catching display, amazing camera, waterproof body and fingerprint sensor have turned Galaxy S7 and Galaxy S7 edge into worthy flagships. If you add a battery with long life to these features, without a doubt, they can be considered as two most important phones in the smartphone world. Samsung solved all issues of the previous generation to turn S7 and S7 edge into its new flagships which are equipped to waterproof bodies, memory & micro-SD built-in card slot and battery with longer life. HTC 10 is the newest flagship of the popular Taiwanese company. Just like last year`s model, it’s a well-built smartphone with a beautiful metal body. When HTC One M7 was released, most smartphones had low quality plastic panels, and this phone was an evolution in the world of smartphones. HTC has kept this design in HTC 10 too. Camera and display performance is appropriate in this device too.

Although the new HTC flagship has good battery and quality camera, it’s not easy for HTC to gain a bigger share of the market now, when new determinative factors in smartphones market are powerful ecosystem, modular structure and curved display. There’re very few negative points in HTC 10, but can this powerful smartphone compete with other strong competitors? Only time can tell; but at the moment it does not have a good position in the market. HTC may not be the best smartphone, but it is an absolutely perfect choice for people who want to have a powerful smartphone. Having entered flagship smartphones market, Huawei managed to improve its situation. Now it has become the owner of one of the best current flagships in the market, Huawei P9. Quality of Huawei P9 is excellent and its dual camera with great performance and wide range of features can catch attention of any user.

Although we’ve expected a battery with longer life in P9, its current battery’s performance is good enough and can work full day in most cases. Huawei user interface has many properties and features which, however, can be confusing sometimes and that’s what some users won’t like. We hope in near future Huawei will give users an opportunity to set the phone`s UI closer to pure Android.

In total, Huawei P9 is a well-built and beautiful phone which not only can handle daily tasks pretty well, but also can become the perfect choice for photography lovers. LG V10 was one of the most attractive phones released last year, but with all its features and different design, it wasn`t successful enough. V20, however, with its military standards, new design and wide range of features is meant to become a good alternative for Galaxy Note 7.

Secondary display, dual camera, replaceable battery, latest version of Android (Android 7 Nougat) and many other features like DAC (for excellent audio experience) show that we shouldn’t disregard LG V20. Although personally I liked the appearance of V10 more, V20 with its quality metal body feels better when you hold it. Smartphones from Nexus series are the best not only among Android phones but among all other available phones in the market. They benefit of the most cutting-edge hardware, eye-catching design and pure Android which results in increasing number of its fans.

Breaking the tradition, this year Google has released two Nexus devices in cooperation with LG and a new business partner Huawei in order to get attract more attention. Now Nexus 6P is not only known as the most powerful and beautiful member of Nexus family, but also can be definitely considered one of the top Android phones in the market.

Nice design, good build quality, powerful hardware and pure Android 6.0 make users confident that they’re facing a real quality phone. We also shouldn’t forget about Nexus 6P’s camera which is one of the best in the market. Xperia XZ is a combination of Sony X and Z series. It’s a perfect product which can attract not only ardent Sony fans, but also other users. Instead of improving the camera, display or software, the company focused on the appearance of the phone which really needed some changes. Hardware of Xperia XZ seems to be perfect, but we expected more from its camera. Contrary to the popular belief, build quality and plastic used in the new Microsoft flagships are very good and feels good enough. 5.7-inch AMOLED display of this phone has amazing quality, too and it’s one of the main advantages of Lumia 950 XL.

Like before, Lumia 950 XL is equipped to one of the best cameras among smartphones. The performance of both rear and front cameras is excellent and the main camera acts very well, especially in low-light environment. In addition to manual settings, Rich Capture feature helps you apply more changes and effects to taken pictures and makes the final result just the way you like. Not only I, but many reputable websites and experts in the world of smartphones believe that OnePlus 3 is one of the best and most affordable Android phones currently in the market, and it`s more than worth the money you pay for it. This flagship benefits of both powerful hardware and excellent build quality which results in very enjoyable user experience. OnePlus 3 has been nicknamed a “flagship killer” for a reason – unlike its previous generations, OnePlus 3 can compete head-to-head with its important competitors in the market.

If the battery performance of this phone was a little better and its camera could stand at the same level as top 2016 flagships, we could call it a perfect flagship. But there’s no doubt that OnePlus 3 is a high quality smartphone and its very good price turned it into a valuable phone. The price of OnePlus 3 goes up to $500 in the market sometimes. According to Lenovo, Moto Z is the thinnest flagship smartphone, but what makes it different from other flagships is the modules that have been embedded into it. Like before, Motorola new flagship is well-built and equipped to the newest hardware available for smartphones. It’s beautiful, has a great camera and good display; we can also consider it as the best modular phone in the market.

What do you think about flagships of 2016? Which one do you prefer and why? Feel free to share your thoughts in comments below.