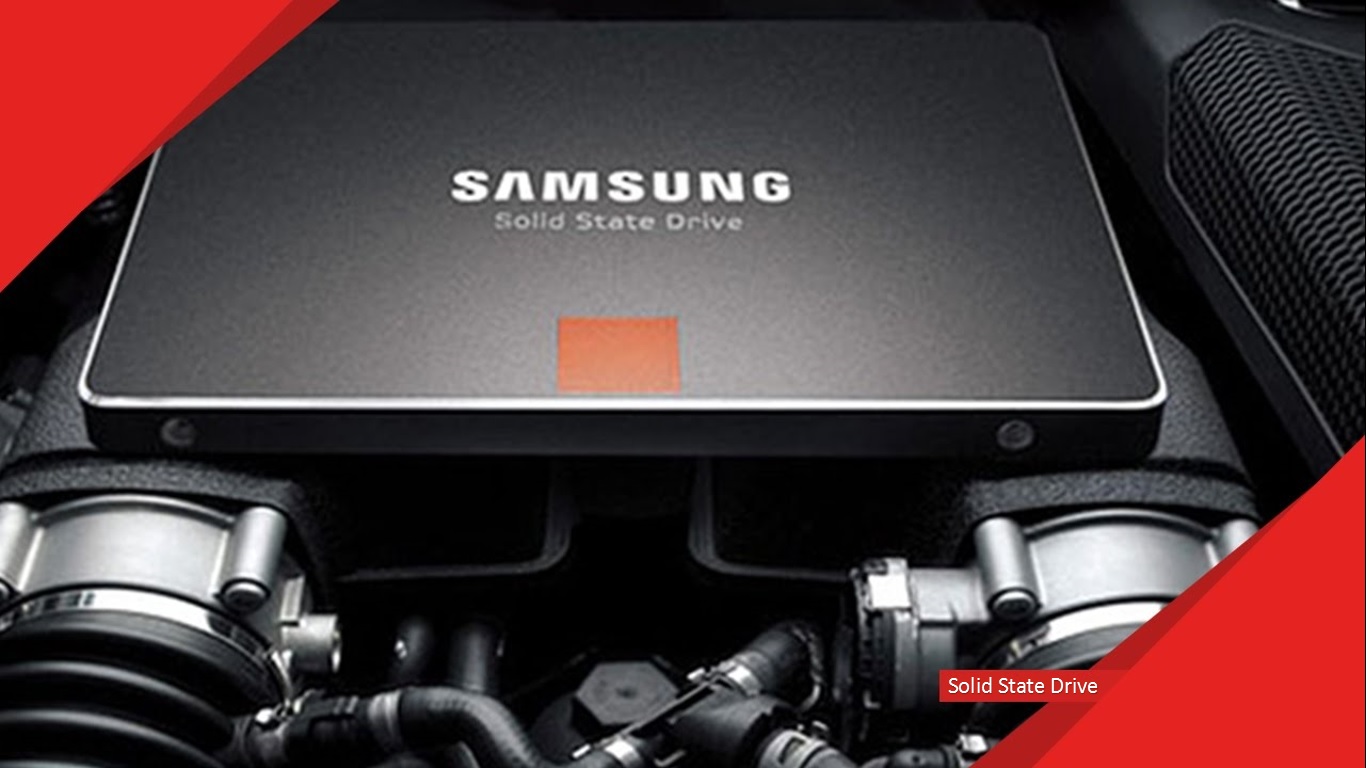 Do you want to know what is a SSD Drive? In summary SSD Drive is hardware that if added to a system, can increase its performance impressively. I’m going to explain what a SSD drive exactly is and what its basic concepts mean so that you become familiar with SSD term and won’t be confused when you see it somewhere in the Internet. As always stay with me!

What is a SSD Drive? SSD Drive Does Not Have Any Mechanical Pieces

Have you ever heard something like this – ‘Hey, man! I’ve got a SSD Hard today, that’s amazing!’? Well, the term ‘SSD Hard‘ is totally wrong and you shouldn’t use it if you don’t want experts and others who know the right term laugh at you. The ‘Hard’ term is only used for Hard Disk Drives (HDD) while SSD is a kind of flash memory and you should say SSD Drive, not SSD Hard!
SSD drives came to the market as a powerful alternative for old Hard Drive Disks. Unlike HDD, there are no moving parts inside of SSD drives and they have been designed totally electronic. Like HDDs, UI (User Interface) of SSDs are SATA too and it’s almost the same size as HDDs what lets you carry a SSD drive anywhere with you. Of course, there are different forms of SSD as well as different connectors what I’ll explain about in details in the next couple of paragraphs. SSD Drive Is the Same Size as HDD

SSD is designed mostly for portable devices such as laptops because their electricity consumption is lower than in HDDs. Although that’s not very important for desktop computers (which are always plugged to the power), it’s vital for laptops since they are used with the battery a lot and the smallest change in power consumption can be very effective.

In addition, SSD drive is much sturdier than HDD, and its resistance against shaking, hitting and falling is better than in Hard Disk Drives. You’ve probably heard that you shouldn’t shake HDD because its internal mechanical components may damage; well, you don’t need to worry about the SSD drive.

NAND and NOR technology in SSD

NAND and NOR are two digital or logic gates that work with zero and one and different electronic circuits can be created by combination of these gates. These logic gates are designed by transistors. For example with combination of 2 or 3 transistors, a NAND or NOR gate will be created. Structure of these transistors let them keep electrical charge or electron for a long time (several years for example) even if there’s no any power. So flash memories can be created with these gates. SSD Structure Is Based on NAND and NOR Technologies

There’s difference between the designs of NAND and NOR. Their structure isn’t the same, so their storage, accessibility, user interface, etc. are different from each other.

Finally, we’ve come to a conclusion that NAND technology acts better than NOR in SSD drives. NOR technology is used in special cases that need random access and complex programming; for example, most of micro-controllers have NOR flash memory because it’s suitable for programming.

SLC and MLC in SSD Drives SLC and MLC in SSD

Now it’s clear that MLC technology is more effective because more information with fewer transistors can be stored over there. It results in smaller size of SSD as well as lower cost of SSD design. On the other hand, compression of data is higher because of storing more than 1 bit in each memory cell which results in an error.

At the moment, most SSD drives in the market use MLC, and SLC is used only for expensive and professional SSD drives which are designed for servers and other special cases. That’s why some SSD drives are different in price.

I’ve seen some online stores focused only their profit which mention that ‘speed of this type of SSD drives is very high and their lifetime is long because of MLC technology!’ when they want to sell a SSD drive. That’s really funny! So from now on you know that it’s just a selling tip and it’s not true when you see it in some advertising next time.

What is “Wear Leveling” in SSD?

As I’ve mentioned before, there’re many cells and blocks inside of SSD which store data. The lifetime is limited for each one of these blocks which means, for example, we can write/erase up to 5000 times into one block, after that this block will burn out and won’t be usable anymore. Some blocks are used a lot in SSD drives and it means that their lifetime decreases day after day; on the other hand, some other blocks may be used for only 5 times.

That’s when Wear Leveling comes to the game. Wear Leveling is managed by flash memory controller and its task is to bring justice into the memory cells. So, it increases lifetime of SSD with writing/erasing on blocks that were used sparingly before. Wear Leveling can be run with different methods and please don’t ask me to explain all those methods right here because it can be confusing for some readers!

In terms of design, generally SSDs are made in three different types. Actually, they’re all SSDs, but the difference comes from their physical size, appearance and their connector.

If you surf the web to find a SSD for your desktop computer, you’ll see that the physical size of that SSD is the same as for a HDD because its appearance was designed to replace a HDD. Since HDD uses SATA connector, the connector of SSD drives (for desktop computers) is SATA too what lets us replace it with an HDD without any problem. Some new SSD drives use SATA Express which brings ultra-speed for data transferring. m.SATA (mini SATA) acts in the same way as SATA connector, but the difference is that it’s designed for smaller devices such as laptops and mini laptops. The image below is what a SSD with m.SATA connector looks like. M.2 connector uses PCI Express technology and can be designed in smaller sizes than m.SATA. It’s mostly used in devices with limited space such as tablets and ultra-books. SSD with M.2 and SSD with m.SATA

We are done! Hope you enjoyed reading this post and now you have a good level of knowledge about SSD Drives. Feel free to share your opinion about SSD Drives in comments below and if you have any questions, I would be more than happy to help you.

Finally if you enjoyed this article, New Features of Windows 10 and Apple Watch Review are two other interesting articles that I recommend you take a look if you’re interested at those topics.